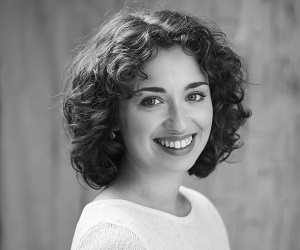 Leilani is studying for a Masters in Performance at the Royal College of Music with Sally Burgess as a Drapers’ Company Scholar supported by a Douglas and Hilda Simmonds Scholarship. Previously, she completed a Postgraduate Diploma at the RCM with Distinction.  In 2015, she graduated with a First Class Honours Degree in Music from Royal Holloway College where she was a choral scholar for three years and was awarded the Dame Felicity Lott Bursary.

In competitions, she received First Prize in The Courtney Kenny Award English Song Competition (2016). She was awarded a Commendation in the RCM Lieder Competition (2017) and she was ‘Highly Commended’ in The Mozart Singing Competition (2018).  An experienced recitalist, Leilani has performed Schumann Frauenliebe und leben, Berlioz Les Nuits d’été and Beethoven An die Ferne Geliebte.  At the RCM she was involved in a project that explored the forgotten music of Robert Kahn, and has since performed his music at The Liberal Jewish Synagogue, The German Embassy in London and Akademie der Künste in Berlin. 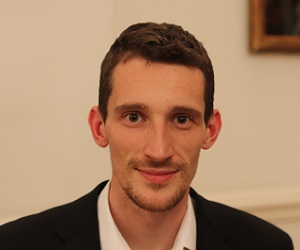 Irish pianist Brian Hughes is studying for a Masters of Performance in Piano Accompaniment at the Royal College of Music under the tutelage of Simon Lepper and Danny Driver, as a Kenneth and Violet Scott scholar.

Brian has performed as an orchestral keyboard player with the RTÉ Concert Orchestra and the Ulster Orchestra. He has accompanied nationally renowned soprano Cara O’Sullivan and more recently played for the Northern Ireland Opera young artists in masterclasses with Sir Thomas Allen and Iain Burnside. He was musical director for North Dublin Opera’s production of Orfeo ed Euridice, which was performed in three venues across Dublin.

Brian was highly commended for his performances in the Royal College of Music Lieder Competition, which took place in the Britten Theatre in January. He travelled to Berlin in March to perform in the Akademie der Künste, accompanying singers in a Lieder project of music by Jewish composer Robert Kahn. He has also recently performed in recitals organised by the arts organisation Irish Heritage, in St. Marylebone Parish Church and the Royal Over-Seas League Princess Alexandra Hall.

Following an audition in Wigmore Hall last November, Irish Heritage granted Brian the Blackwater Valley Opera Festival Recital Award 2019, and he will perform as part of the festival in Ireland during the summer.