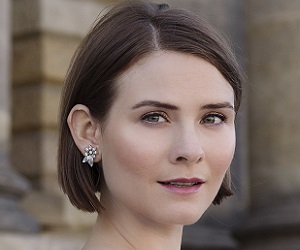 American soprano Natasha Drake was born in Minneapolis and studied at the Eastman School of Music with Katherine Ciesinski and the University of Michigan with Freda Herseth. Recent operatic credits include Antonia in Les Contes d’Hoffman, Sesto in Giulio Cesare, Mrs. De Rocher in Dead Man Walking, and Pamina in Die Zauberflöte in productions at the University of Michigan (under the baton of Martin Katz) and in Germany at the Lyric Opera Studio Weimar. She has partaken in music festivals including AlpenKammerMusik (Lesachtal, Austria) and sung with distinction in masterclasses for Phillip Moll, Zvi Semel, and Nell Snaidas. Recent prizes have included honors from the Czech Republic (Antonin Dvorak International Singing Competition, Karlovy Vary), Italy (Concorso Internazionale di Musica Cittadella), and Germany (Internationale Sächsische Sängerakademie). Natasha currently resides in Leipzig, Germany, where she studies with Jeanette Favaro-Reuter and is the founder and co-manager for the outreach organization Opera on Tap Leipzig. 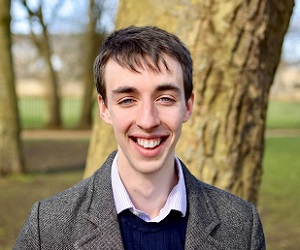 George is currently studying for a Master’s in Piano Performance at the Royal Northern College of Music, where his teacher is Helen Krizos. His studies are supported by an Oglesby Charitable Trust scholarship, as well as postgraduate awards from Help Musicians UK and the Countess of Munster Musical Trust. During his first term at RNCM he was highly commended in the Beethoven Prize. Alongside solo recital engagements, he maintains a busy schedule of collaborative projects with singers and instrumentalists throughout the UK.

In 2018 George graduated from Oxford University with first-class honours in Music. Whilst studying at St Peter’s College, where he held an academic scholarship, he continued to take regular piano lessons with Sam Armstrong in London. At Oxford his research was mostly focused on art song, including his dissertation on narrative in Schumann’s Kerner-Liederreihe, Op. 35. As well as regular recital appearances in such venues as the Jacqueline du Pré Music Building and the Holywell Music Room, significant performances in Oxford included Beethoven’s third piano concerto.

At the age of sixteen he joined the Junior Department of the Trinity Laban Conservatoire. In 2015 he joined the National Youth Orchestra of Great Britain as orchestral pianist for their spring residency and concert tour, performing at the Sage Gateshead and the Royal Festival Hall, including a live broadcast on BBC Radio 3. One month previously he made his London concerto debut with Saint-Saëns’ Piano Concerto No 2. He has an LRSM, with distinction, in piano performance.

George has been privileged enough to have participated in lessons and masterclasses with such distinguished musicians as Lars Vogt, Katya Apekisheva, Philippe Cassard, Randall Scarlatta and Sholto Kynoch.