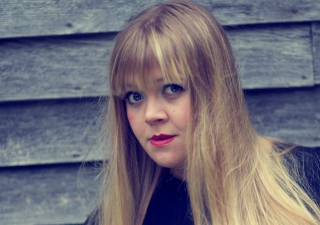 Gina May Walter, London born Soprano graduated with First Class Honours from Guildhall School of Music and Drama and completed her Master studies at the Hanns Eisler, Berlin, with Prof. Thomas Quasthoff. She was awarded the Tracey Chadwell Award “for most outstanding performance of a première”, at the Wigmore Hall of Mark Simpson’s In // Out. She received the Guildhall Trust Award 2012-14 and won Third Prize at the Eighth International Competition of Singing and Piano Duos 2016 in St. Petersburg. Gina sung Elektra in Mozart’s Idomeneo as part of the 2015 Musiktheaterwerkstatt in Berlin. Also in 2015, she made her debut at Deutsche Oper Berlin in the lead role of Katya in

Mischa Tangain’s in absentia. Since then, she has been cast by the Deutsche Oper Berlin in the children’s opera KuckKuck im Koffer by Mattaius Kaul, which will run in its third season in 2017/18. Gina interests are not limited to classical performance, she joined the ensemble Opera Lab Berlin for the world première of Gunfighter Nation at the Ballhaus Ost Berlin in 2016 and again in 2017/18 for Humbug by Bernard Lang. Gina has performed song recitals in venues such as Carnegie Hall, Wigmore Hall, Snape Malting’s, Aldeburgh Town Hall, Konzerthaus and Mendelssohn Haus Berlin. She performed Les illuminations by Benjamin Britten with duo partner Kunal Lahiry, in the Concert Series ‘Excellence Konzert’ under the patronage of Daniel Barenboim as well as in the ‘Slow Listening’ series moderated by Clemens Goldberg.

Kunal Lahiry began playing the piano at the age of 10 and made his orchestral début at the age of 17 with the Gainesville Symphony Orchestra. Since then, Lahiry has been successful at international competitions such as the Atlanta Music Club, New Orleans Piano Institute, Brevard Music Center Piano Competition, and the XXVI Concours de Flame in Paris. He has performed in masterclasses with renowned artists such as Christopher Elton, Graham Johnson, Brian Zeger, André LaPlante, Francois Le Roux, and Murray Perahia. In January of 2014, he joined the roster as a ‘Young Artist’ of the Center for Musical Excellence (CME), leading to his solo debut at the American church in Paris in 2016.

Lahiry’s interest in song interpretation has led to concerts at the Britten Studio, Eglise de Noisay, Salon Razumovsky (Vienna), Stift Altenburg, Schloss Kirchberg, Lutherkirche (Bonn), Manhattan School of Music, Konzerthaus ‘Neue Welt’ (Zwickau), the Mendelssohn Remise, and the Berliner Philharmonie. He has been featured on the radio program ‘Kulturradio RBB’ in Berlin, and has appeared multiple times in the ‘Exzellenz Konzert’ series under the patronage of Daniel Barenboim. He performed Benjamin Britten’s song cycle Les Illuminations with soprano Gina May Walters in the ‘Slow Listening’ concert series, moderated by Clemens Goldberg. Lahiry is a 2017 Britten-Pears Young Artist and was invited to participate in a Strauss lieder and aria workshop with Angelika Kirschlager and Malcolm Martineau. Currently, Lahiry is studying with Wolfram Rieger at the Hochschule für Musik ‘Hanns Eisler’ in Berlin.